Operation Love U: Try Something New 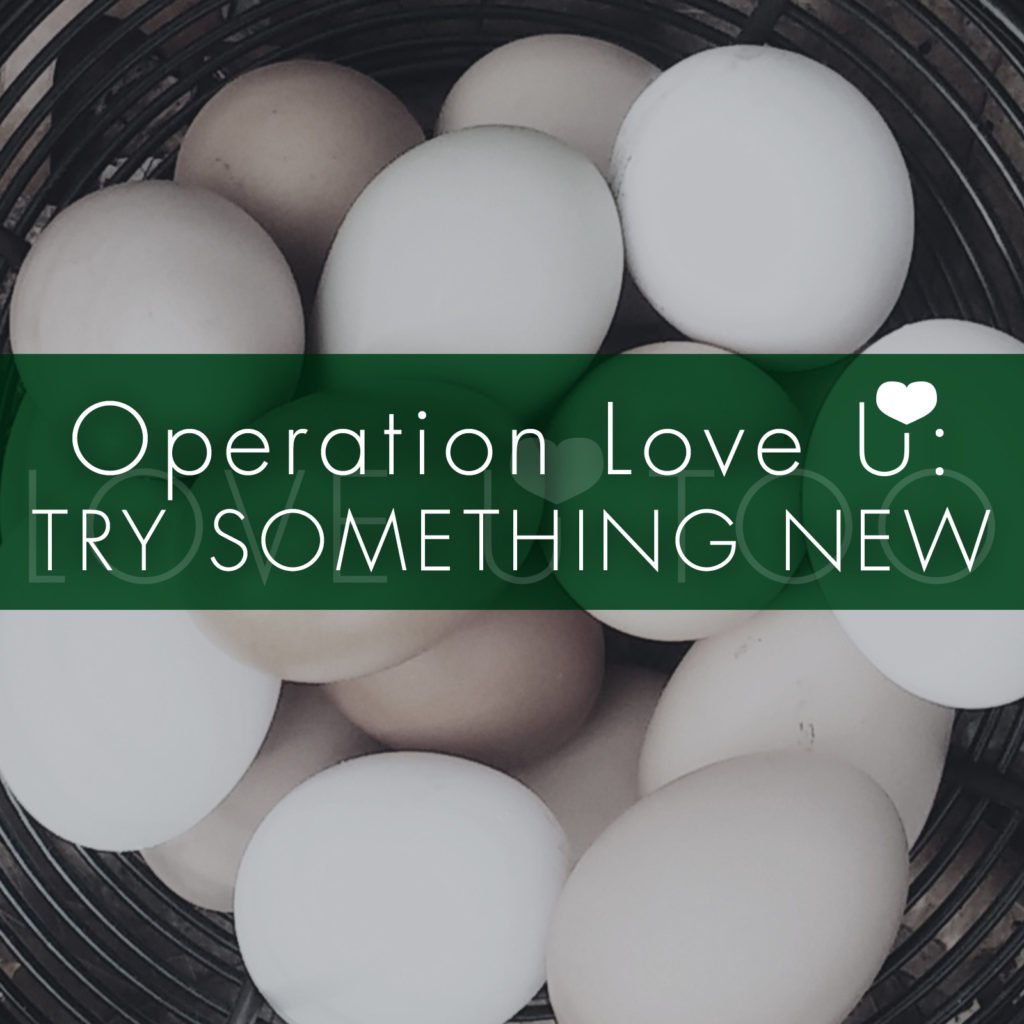 In November of 2011, I moved to Michigan for my first salaried position. I had never considered living in Michigan and had never visited when I packed up what could fit in my Honda Civic and drove (with my mom) to what would become my new home.

It took me several years to truly appreciate it but looking back, moving to Michigan was the catalyst for me to try A LOT of new things. I have always been the type of person who was willing to try something new. If it pops into my head, there’s potential it’ll happen….or as I like to say, “I’ll look into the matter!”

The interesting thing about moving to a new city, in a new part of the country is that I was forced to rework my entire life. Aside from a new job and living situation, I had to find new grocery stores and services. I’m from Georgia, although I shopped at Kroger*

I loved Publix. AIN’T NO PUBLIX IN MICHIGAN! At the time, I still shopped at Walmart. WHO IS MEIJER? Where is the DMV? WHY IS IT CALLED THE SECRETARY OF STATE**? And then there’s the “Michigan Left (Turn)”…I’ve been here for almost 5 years and I still make a point to avoid them when I can.

Since I HAD to try so many new things, I went all in…especially with grocery stores because I love food! Within a few months, I also started trying new eating plans which led to trying new foods which led to more specialty grocers and farmers markets.

As a result, I grew to enjoy cooking and became a much better cook. I learned that I love collecting new recipes and trying them out as much as possible. I got into better quality teas! And I even got into DIY skin care.

It took a few years but I eventually began working harder at explore things to do around the area (and state). I even grew to like it here! If not for moving to Michigan and having to figure out where I liked to buy my food, I might not have tried other new things I now enjoy and do out of habit!

Keep reading for the 4 reasons I encourage you to take a chance and try something new too! 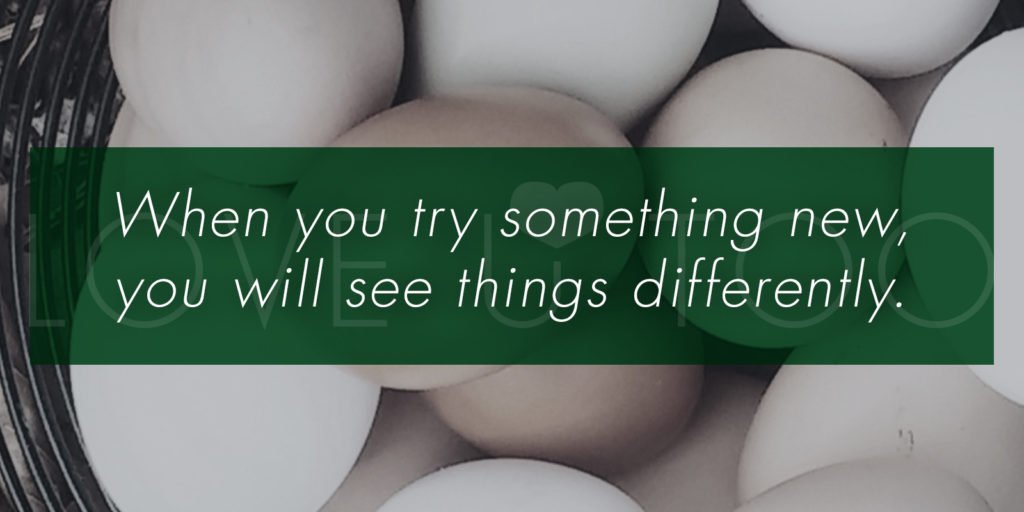 You Will See Things Differently

Before I became a part-time vegetarian, I was a card-carrying member of the MEAT IS AMAZING Coalition. A few months after moving to Michigan, I was at my highest weight of 192. My previous highest weight was 185 in high school and my lowest was 144 in 2008.

I decide to work on getting my weight back down by working out and by trying a new food plan: eating clean. In doing so, I became extremely passionate about trying new foods and new recipes.  Since I have never been a picky eater, it was a lot of fun! I also became interested in food science (and how foods interact with MY body).

I learned about different dietary plans and once again, I tried a new food plan: I decided to try pescetarianism (a mostly vegetarian diet with seafood as the only meat) for the full month of August 2012. It was much easier than I expected and I actually ended up eating mostly vegetarian meals because I got tired of eating seafood***.

I lost weight faster, my skin was clearer, and I wasn’t bloated! I ended up eating clean and pescetarian for a couple years and made Pescetarian August an annual thing! 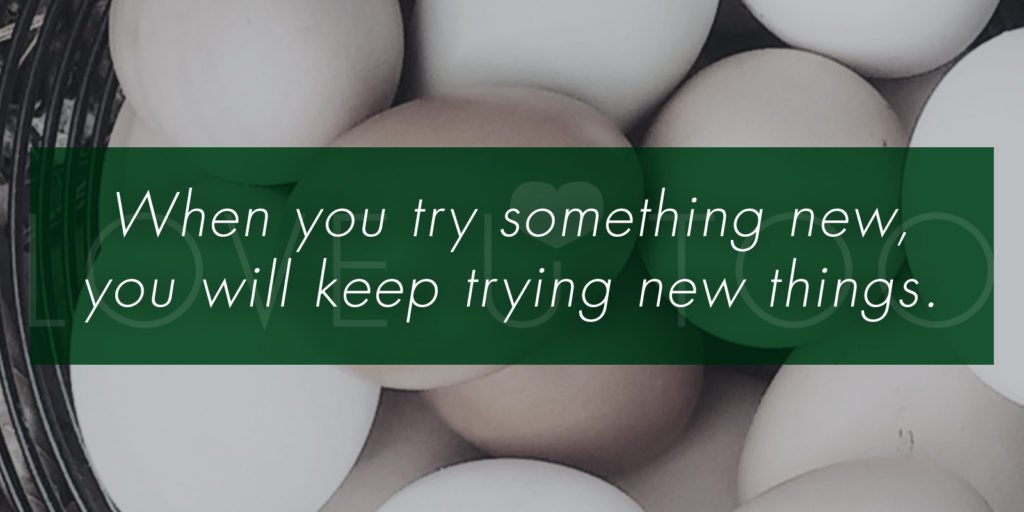 You Will Keep Trying New Things

I hate winter. One of my least favorite things about it (besides everything) is how harsh it is on my skin. I have eczema so finding a body moisturizer that works is a pretty big deal. My first and second Michigan winters quickly proved that my “perfect” lotion was not going to cut it. I routinely looked like I had never heard of lotion so I looked into clean (all-natural) body butters.

I found one I loved but during the winter months, I still had to mix it with coconut oil. The cost and the amount needed quickly added up so I decided to try something new: I started making my own body butter! I researched the ingredients in the one I liked along with ingredients that were great for people with eczema and I haven’t purchased a body butter since!

I know what works for my body and I can adjust the ratios as needed. I can try new oils or mixing methods as needed. And I can even experiment with fragrances now because I know exact what’s in it! Most importantly, my skin is smooth and moisturized all year round!

Keep trying new things. Make a list of the things you’d like to try and go for it. See if you come up with other things to try. Chances are, that if you enjoy it or it benefits you in someway, you’ll want to keep going. And if you don’t enjoy it, there is likely to be something related that will present itself to you simply because you tried! 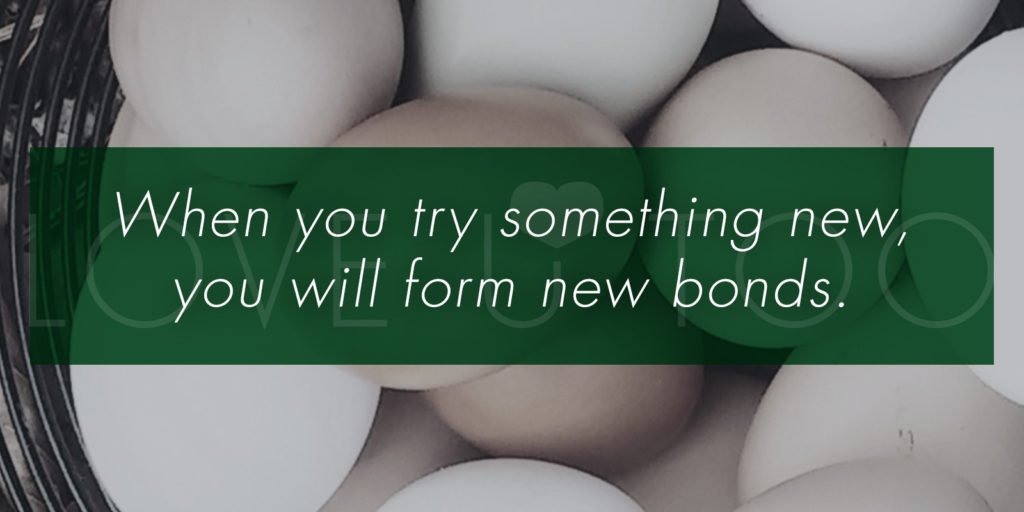 You Will Form New Bonds

I’m not going to lie, I didn’t make new friends because I started eating clean, vegetarian or vegan. Nor did I make new friends by making my own body butter. However, I do think trying new things helped me to create tighter bonds with people I already knew or have met since.

I have a friend who knows a lot about food science as well as vegetarianism (and veganism) and different types of cuisine. We found more to talk about as I learned more about the food I was eating and explored different eating plans. When I learned that a lot of ethnic recipes were inherently clean (and vegetarian), we often had conversations about authentic ethnic recipes. Since she’s Eastern Orthodox, she goes full vegan before Easter giving us the perfect reason to swap recipes!

Most recently, I had lunch with two coworkers where I learned all three of us were interested in trying a new-ish vegetarian restaurant near our homes. Since moving to a new area, I have been determined to eat my way through it. I figured I’d try that restaurant (and another) solo so it was exciting to find that two people who also occasionally eat meat free have been eyeing it as well!

And I’ve gotten several friends (and my mom) into making their own body butters! I also think trying new things has helped me determine whether or not I want to bond with someone early on. I consider myself to be pretty open-minded  so I do not like extremist**** point of views in any facet.

If someone immediately goes on a rant at the slightest mention of a new way of thinking, I know they’re probably not for me. I don’t care if others think the same way I do, I care that they’re respectful of MY choices as I am of theirs.

Make an effort to form new bonds by finding ways to connect with new people or those you already know. Don’t listen to Drake, new friends are great! Share a new thing you’ve tried or would like to try (especially if you learn they’re into it). Even the simplest connection can help lead to a new friendship (or grow an old one)! 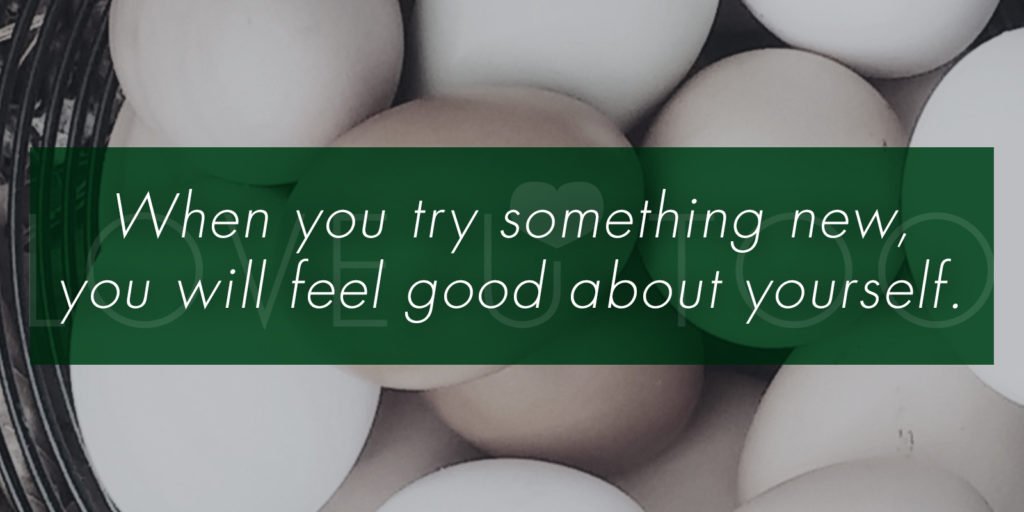 You Will Feel Good About Yourself

I went back to eating meat more often after a couple years of eating mostly vegetarian. I felt it was best because of price and because after I stopped eating soy, I had trouble getting enough protein in my meals. From 2012-2014, I lost 40 pounds and since then I have gained 25 back (with periods of losing and gaining 10 pounds).

Sometimes I want more meat than I should have (because it often makes me bloated). Sometimes I want fried foods. And sometimes, I want sugary desserts. I would love to get back on track and drop the weight but guess what. I do not feel bad about myself. As someone who had lost weight before (in college), I knew the importance of loving my body at any size.

A lot of women think that if they just drop the weight, everything will be perfect. In my experience, losing weight has made me more analytical of losses, gains, or no changes at all. So while I was losing those 40 pounds, I made a point to also focus on body acceptance at every stage. Now that I’m 25 pounds heavier, I can honestly say that I love my body and I don’t feel like I’m that much bigger.

I mainly notice it when I put on certain clothing. To be honest, most of the weight has gone to my thighs, hips, butt and breasts so I’m outchea! I’ve always had a belly but it actually is smaller now! Like I said,  I would like to get my weight back down I don’t view it as a problem. The real problem(s) are my anxiety, my eating habits and my lack of working out: all things I am more than capable of getting a handle on!

Do what makes you feel good about yourself. When you try something new, remember that you can do it at your own pace. Instead of going all in, start slow and progressively add on. Take your time! So many things require “life changes” by committing 100% from the beginning and that’s not something I can get behind.

We are all growing and living life. Instead of considering yourself a failure when you slip up, be mindful of what led to the it. If it’s something you can’t control, accept that and do what you can. Life is going to be here lifing no matter what, so be kind to yourself!

When you try something new, pick something that will add value to your life. Pick something simple that doesn’t require you to turn your life completely upside down or go to such extremes that you can’t maintain it for long. Try something new that feels like a treat to rather than a burden!

What’s one new thing you can try today? Let us know in the comments below!

Give yourself the love you deserve with a Self Love Check-In! Every Sunday, you’ll get A Letter to U (from you) and downloadable color cards to use for your needs. 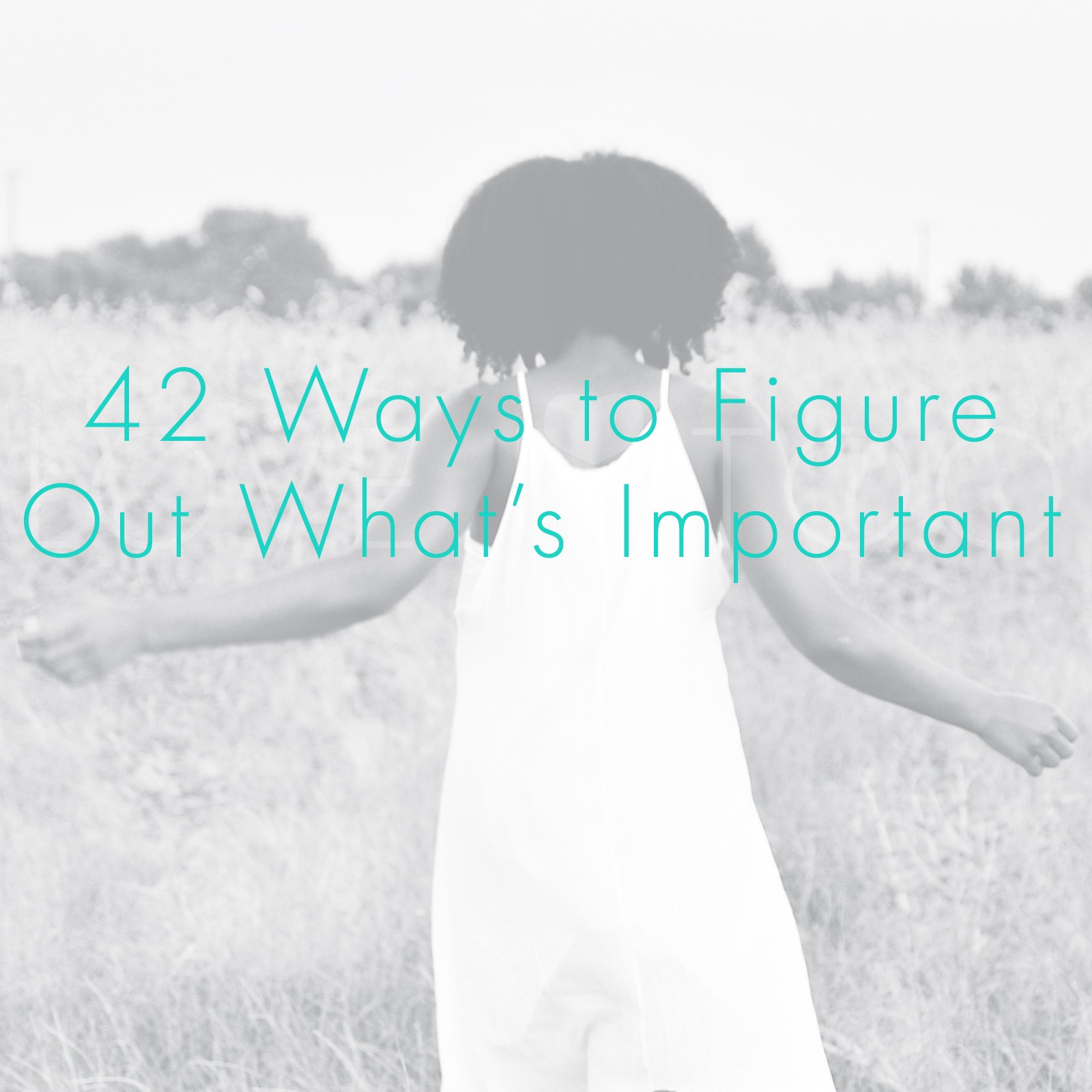 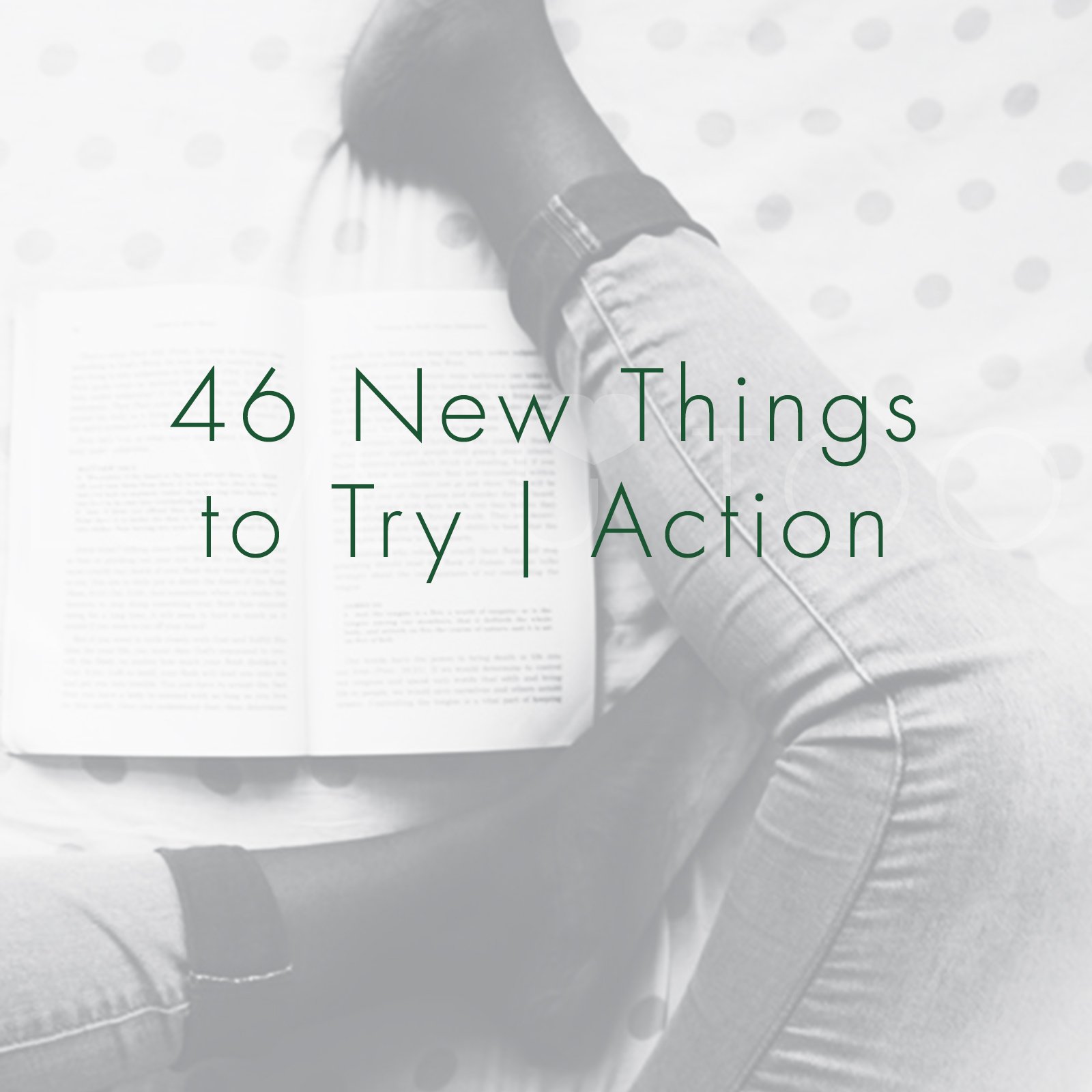 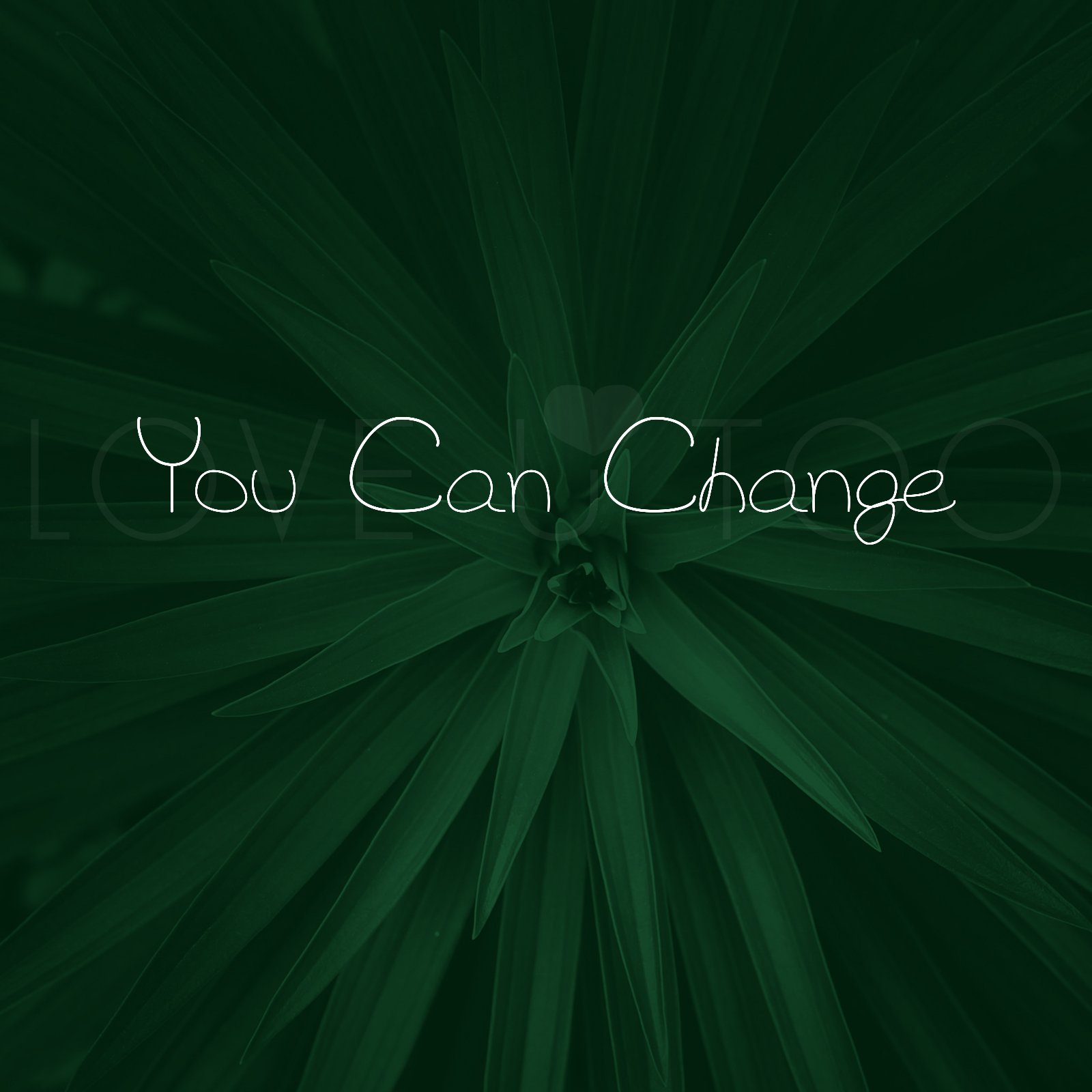 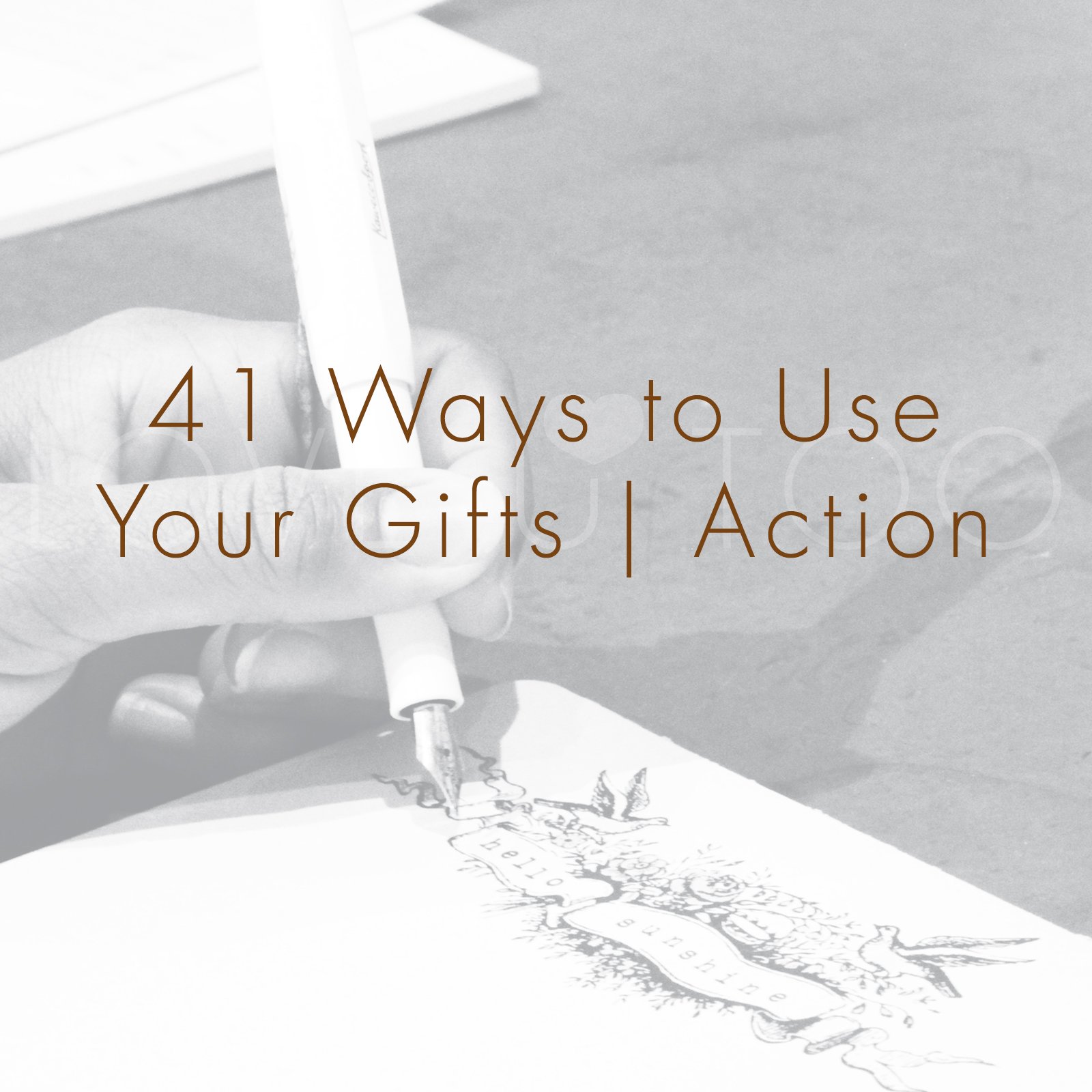 Sorry, the comment form is closed at this time.

Join the weekly Self Love Check-In! 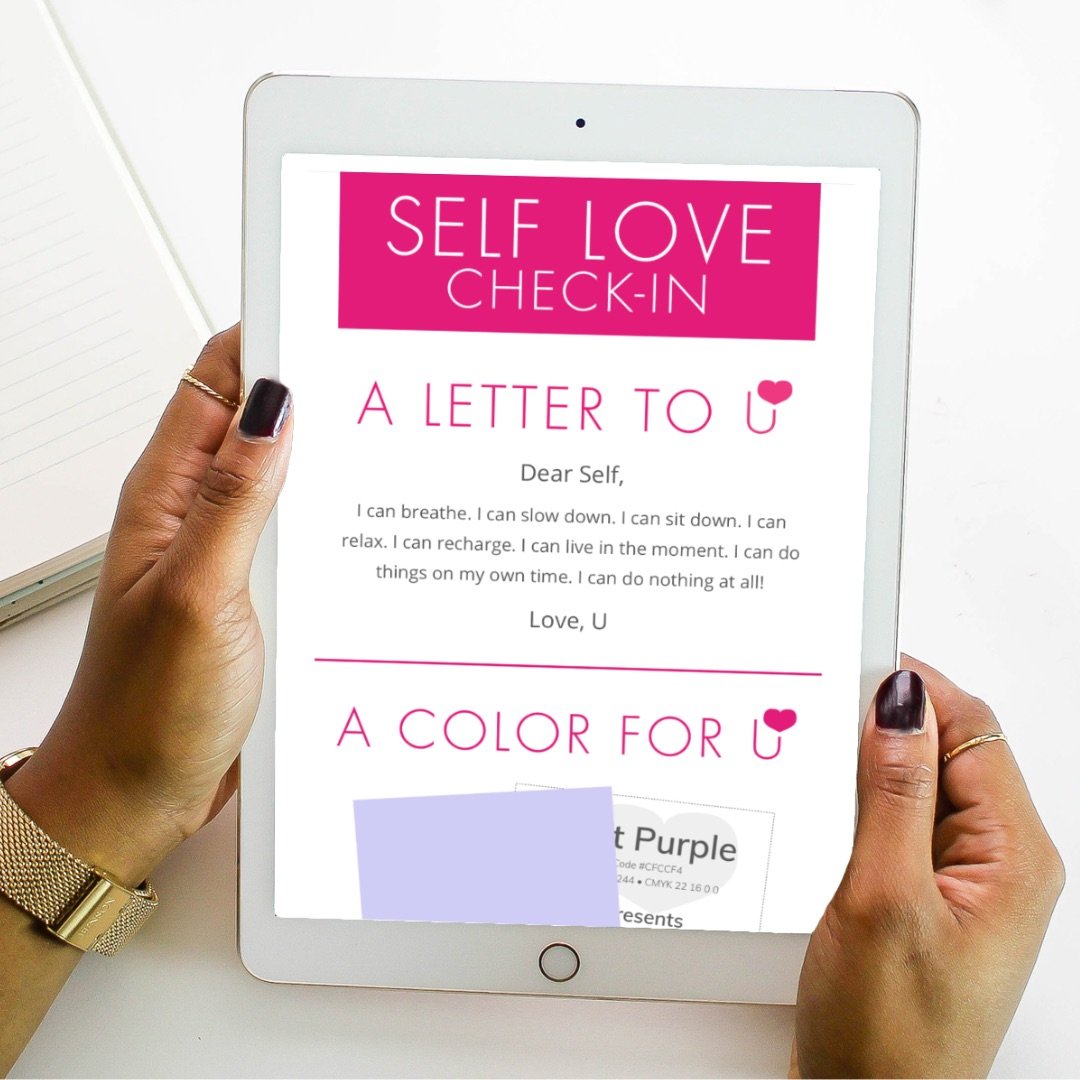